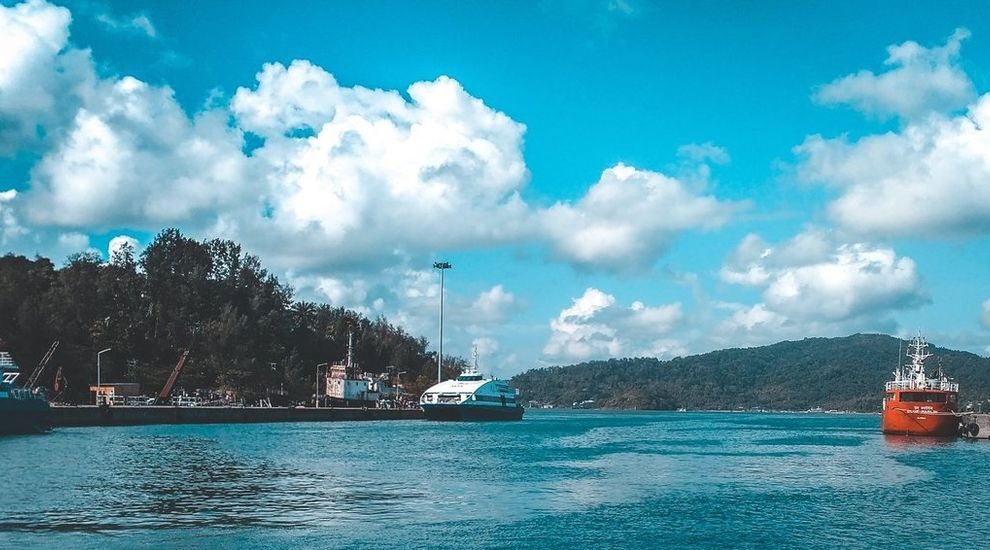 Andaman and Nicobar Islands –India’s Pearl in the Ocean

Andaman and Nicobar Islands in Bay of Bengal is a union territory of India. It’s capital Port Blair is called ‘Little India’ due to the presence of people of various religion, state, cast and creed from across mainland India who have settled here to do business or work. The islands due to their strategic location have been ruledby Chola Empire, Danish Empire, British East India Company, and Japanese Occupation Army during World War Two. The islands were also headquarters of Indian National Army. In 1943 Netaji Subhash Chandra Bose visited the islands, raisedthe Indian Tricolor and renamed them Shaheed-dweep and Swaraj-dweep.

Islands are wellconnected by air tomajor Indian cities and via ships from Kolkata, Vizag and Chennai. Travelling between the islands is done with regular ferry/boat service. Barren Islandhas the only active volcano in Indian sub-continent.North Sentinel Island is famousfor Sentinel tribe people,one of the last uncontacted people in the world. Indian government has barred outsidersfrom contacting them, as they are known to be hostile to outsiders.The islands were once famous for ocean swimming elephants, sadly Rajanthe last of its kinddied in 2016.The Islands arehome to many feral elephants who live on the Interview Island Wildlife Sanctuary.

Richness in flora and fauna has prompted the government to initiate conservation efforts in Andaman and Nicobar Islands. The islands pristine and well-preserved environment prompted UNESCO to declare Great Nicobar Island as part of World Network of Biosphere Reserves. Natural environmentis the prime reason,these islands have been developed since 1980s as a tourism hub and now tourism is the main economic activityon the islands. On Ross Island, a penal colony during British rule; tourist can see ruins of buildings built by the prisoners.Idealfor one-week tour, tourists can enjoy adventurous activities like snorkelling, water-skiing jet-skiing, sea-walking, scuba-diving, paragliding, parasailing, trekking, boat safari, fishing or birdwatching.

Most of the islandsare un-inhabitated and surrounded by some of the best coral reefs in the world, andskilled divers from around the world come here especially for diving. Tourists assisted by instructors can also snorkel or scuba-dive to watch marine life like turtles, fish, manta ray, and other species in natural surroundings.There are registered tourist agencies with qualified tour guideswho organize excursions for tourists on the various islands; with Neil Island being the favourite with tourists.Chidiya Tapu, Jolly Buoy Island, and North Bay Islands are also worth visiting. Tourist can shop for various locallymade items made ofpearl, wood, shell, bamboo and coconut tree parts.

Birdwatchers can see over a dozen endemic bird species (found nowhere else in the world) in the wild. Birds like Andaman serpent-eagle, Andaman crake, Brown coucal, Narcondam hornbill, Nicobar sparrowhawk, White-headed starling and many morecan be seen on the islands. Andaman and Nicobar Islands has some of the most exotic beaches in India and Asia, and tourist agencies even organize beach walks for tourists. Tourist throng Havelock Island for Elephant beach, Radhanagar beach, Kalapatharbeach, and Vijay Nagar beach, and also a happening night life with many pubs and spas. Tourist looking for entertainment can watch movies in theatres of Port Blair. Restaurants mainly serve sea food as staple diet but vegetarian dishes are also available.

Important to know that Indian tourists’ dont need permit to visit the islands; but special permit is must if they want to visittribal areas. Foreign touristshowever must get a permit to visit the islands,which is provided to them on arrival. There are numerous 2-star,3-star 4-star hotels in Port Blair and Car Nicobar.Several boutique resorts have comeup in last couple of decades and are located on various islands in vicinity ofnatural wilderness.In Port Blair, apart frominfamous Cellular Jail or Kaala Paani;tourists can visit Gurudwara Dr.Diwan Singh,Sagorika Government Market,Anthropological Museum, Murugan Temple,Aberdeen Bazaar, Science Centre, Marina Park Aquarium,Mahatma Gandhi Marine National Park, Andaman Zoo, Fisheries Museum, Forest Museum, and Naval Museum.Tourists can visit the islandsanytime of the year except monsoons, to savoura mesmerizing experience they will cherish forever.

The best hotel deals in Andaman are listed below: