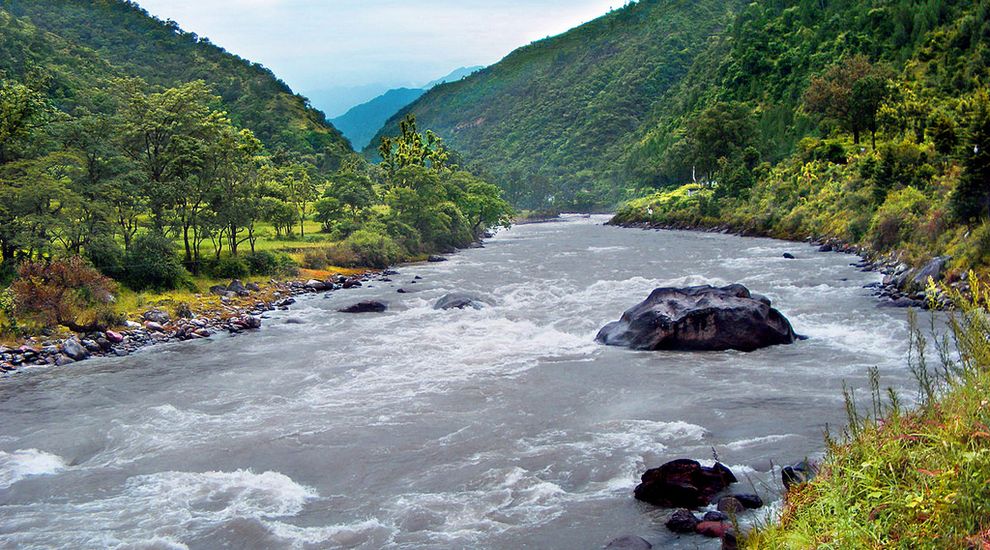 Chitrakote or Chitrakotin Satna district of Bundelkhand region of Madhya Pradesh, Indiais a historic pilgrimage center associated with Lord Ram’s exile.According to legend; Ram, Sita and Lakshman spent around 11-yearsof their exile here. The town’s name that means 'Hill of Many Wonders' holds immense religious, mythologicaland cultural importance for people worshiping Ram.The townsurrounded by forest and valleyson the edge of northern Vindhyamountains, has placeswith temples like Kamad Giri, Hanumaan Dhara, Devangana valley, Lakshman Pahari and Janki Kund that find mention in Ramayana and other Hindu scriptures.Parikrama or circumnavigation of Kamad giri is considered holy ritual by many. Legend says Ram performed his father’s Shraddh ceremony after his death here and also met his brother Bharat, when hetried to persuade him to return from exile.

Well connected by air, road and rail with major cities in the country;the pilgrimage circuit of townalso includes villages of Sitapur, Khohi, Nayagaon, Karvi, and Kamta.Tourists and pilgrims are well advised to make advance booking for stay in hotels. Ideally suited for 3 to 4-day holiday trip, tourist can plan a trip to the town only or a longer tour by merging it with wildlife and heritage tourism. Heritage, wildlife enthusiasts can visit Bndhavgarh National Park, Panna National Park and Khajuraho temple complex; all of which are within a 4 to 6-hour drive from the town. Tourists can visit Ganesh Bagh gardens built by Peshwa King Vinayak Rao,which is known for its beautiful carvings and structural work.Worth visiting are ruins of Kalinjara Fort built by Chandela dynasty around 1000 AD. The fort has several temples and a museum in the palace.Marpha known for its natural beauty, temples and ruins of Chandel Fort, is also worth visiting.

Ramghat, is the main hub of the town with numerous eateries that serve vegetarian thali and snacks. Samosa, a snack hereis very famous.There are several low-cost dharamshala, lodges and budget hotels for tourists to stay mostly at Ramghat. Being pilgrimage town there are no bars or non-vegetarian eateries.Tourist can also go on boating trips on the river from Ramghat.Daily aarti of Mandakini river is also performed at Ramghat. Tourist can visit Arogyadham ayurved and yoga center to rejuvenate themselves.The city is home to Jagadguru Rambhadracharya Handicapped University, the world’s only university specially designed for differently-abled. Overall Chitrakoot presents a unique blend of mythologywith beauty.

The best hotel deals near Chitrakote is listed below: