Jim Corbett National Park in Uttarakhand is part of Corbett Tiger Reserve (CTR). The park established in 1936 as Hailey National Park is India’s oldest forest reserve and was renamed as Jim Corbett National Park in 1957. Edward James Corbett popularly known as Jim Corbett; had played key role in its establishment. A celebrated hunter who shot more animals with camera than gun; he was more passionate with nature conservation to help avoid man-animal conflict. He ensured that the park was first of its kind in India to completely ban animal hunting in areas under its jurisdiction and any human activity except logging. Jim Corbett born in Nainital, Uttarakhand; had shot many man-eater tigers and leopards across Kumaon region of Uttarakhand in pre-independence India. He authored several books describing the region’s flora and fauna, besides documenting man-eaters.

Jim Corbett National Park is particularly famous for its Royal Bengal Tigers, a tiger sub-species. It was the first forest park to be included in Corbett Tiger Reserve that was started under Project Tiger initiative in 1973. Project Tiger was launched to save tigers from extinction that was once present across Indian sub-continent, but illegal hunting and habitat destruction meant their numbers dropped drastically prompting intensified conservation efforts. Besides Project Tiger; Crocodile Conservation Project and Project Elephant were also first launched in the park. It is one of the thirteen protected areas, spread across Nepal and India to facilitate migration of wildlife across the region. The park comes under World Wide Fund for Nature’s Terai Arc Landscape Program, which aims to protect three of the ‘Big Five’ species namely Tiger, Asian elephant and one-horned Rhinoceros.

Rich in flora and fauna, the park is spread over 1318 sq.km with 520 sq. kms as core area. The park filled with trees like sal, sheesham, kanju, ber, tiger grass, khus khus and spear grass has numerous ravines, ridges, valleys, hills, marshlands, streams, and lakes beside the mandal, ramganga and kosi rivers. The park, besides tigers is home to several species of reptiles, mammals and birds including endangered ones such as leopards, bears, ghariyal, elephants, vultures, otters, and more. Animals’ like chital deer, sambhar deer, spotted deer, nilgai, wild boar, mongoose, crocodile, jackal, pangolin, macaques, wild buffalo, and langur are also found here. The park is a birdwatcher’s paradise with over 650 species of migratory and predatory birds including falcons, peacock, waterfowl, eagles, kites, pigeons, owls, nightjar, and pheasants. Even reptiles like monitor lizard, cobra and python are also found. Water bodies are full of mahaseer, kalabasu, kalimuchi, rohu, and katla fish varieties. Its biodiversity is the focal point that makes this park unique.

The park has been divided in to various tourist zones; namely Bijrani Zone, Jhirna Zone, Dhela Zone, Sonanadi Range, Dhikala Zone, Durga Devi Zone, and Sitabani Zone to facilitate easy tourist safari as permissible under forest and animal protection laws. Spread over Pauri Garhwal, Nainital and Almora districts; the park is well connected by road and rail with all major cities of India. Open from October to June each year, best way to tour the park is by pre-booking a jeep/canter safari or elephant safari. Dhela Zone is a special eco-tourism zone and only area in the park’s buffer zone open to tourists inside the CTR. The popular Dhikala Zone includes the 100-year old Dhikala Forest Lodge; the only place tourists can stay inside the jungle at night, India’s only national park to do so; but advance booking is must. Jhirna Zone is open for tourist throughout the year. 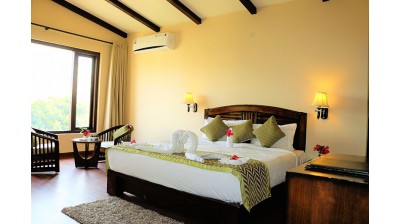 Tucked in the picturesque landscape of Ramnagar, amidst panoramic mountains, secluded valleys, and p..... 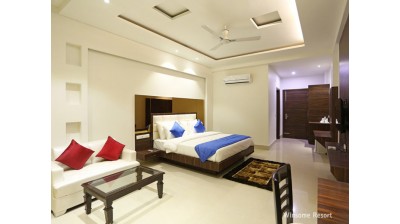 Clarks Exotica Jim Corbett is committed to provide a world-class hotel experience, accessible to the.....